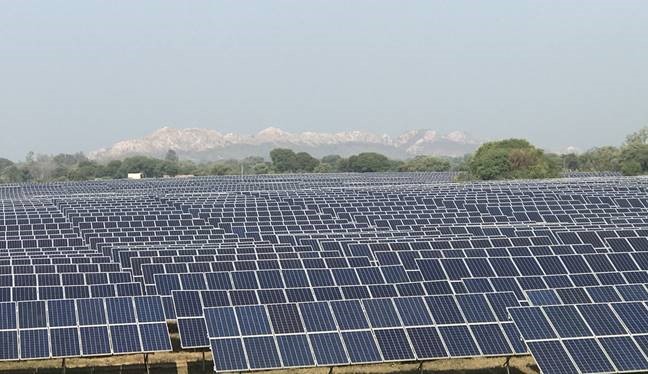 On September 28, 2021, the Technique Solaire group formalized the acquisition of a ground-mounted power plant project with a capacity of 34 MWp. Located in Mahoba, in the state of Uttar Pradesh, in the north of the Indian Republic, this ground-mounted park produces 49,500 MWh of green electricity per year, equivalent to the local consumption of 78,383 inhabitants. Uttar Pradesh is the most populous state in the country, with a population of about 200 million, and the demand for electricity is growing every year.

The acquisition was made from Mr. Ravi Goyal (an Indian businessman) and the Jakson Group. The latter is a diversified Indian conglomerate involved in engineering, construction, development and production of solar energy.

“We hope that this transaction is just the beginning of a promising partnership with the Jakson Group, which now wants to focus on the development of new photovoltaic power plants and redeploy its own funds on projects under construction,” says Manu Bishnoi, India Director of Technique Solaire.

The plant was commissioned in 2017. It benefits from a secure tariff: PPA (power purchase agreement), signed with UPPCL (Uttar Pradesh Power Corporation Limited which is owned by the State of Uttar Pradesh). Our fleet of PV power plants in operation in India is now 68 MWp.

As a reminder, the Technique Solaire group’s ambition is to have 1 GWp of solar photovoltaic plants in operation by the end of 2024. This installation is the first external growth operation through the acquisition of a solar power plant in operation, a path that the group wishes to pursue, in France and internationally, in order to achieve its ambitious objectives.

“We are pleased to have finalized this transaction, which marks the launch of our investment platform in India. For us, India is a country with high strategic stakes and our objective is to acquire other projects there in order to hold several hundred MWp by the end of 2024” explains Edouard Dazard, Director of Financing at Technique Solaire.

India’s target is to have 450 GW of installed renewable energy capacity by 2030 – about 280 GW (over 60%) is expected from solar. The government’s initiatives to promote the development of solar energy are numerous, notably with the creation of the International Solar Alliance (ISA), in partnership with France. Technique Solaire continues to grow, with more announcements to come very soon.

**********
About Technique Solaire:
The Technique Solaire group is a French independent producer of renewable energy. Created in 2008, It specializes in the development, financing, construction and operation of renewable energy production units (solar and methanization) in France and internationally. With more than 140 employees, the group has 117 subsidiaries grouped together under the holding JLT Invest, including 95 project companies. The main subsidiaires are: Techniques Solaire, Techniques Solaire Prestations, Technique Biogaz and JLTM Energy.
More information on www.techniquesolaire.com/en/
Press contact: Laura Guénin: laura.guenin@techniquesolaire.com – +33 (0)7 64 37 46 04