Technique Solaire raises 25 million euros in new funds from its historical financial partners, bpifrance and the crédit agricole group, to accelerate its growth 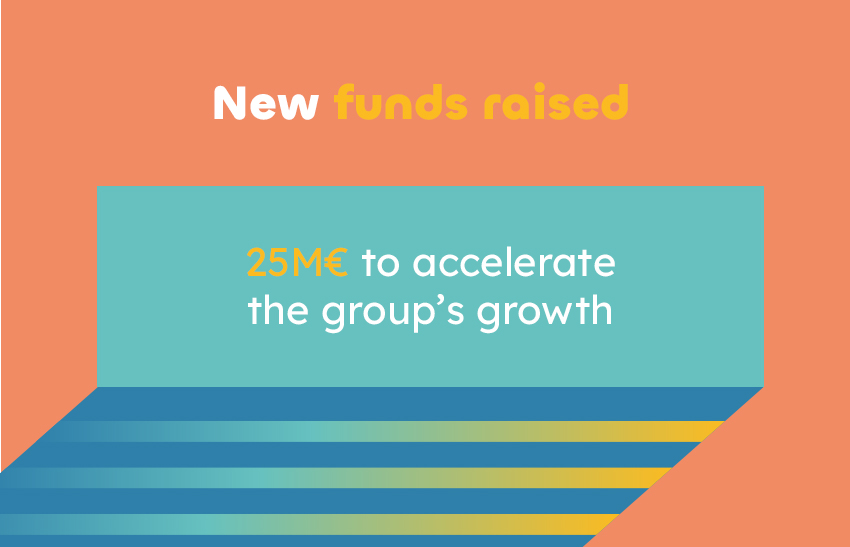 Bpifrance and the Crédit Agricole Group, historical shareholders, are participating in the fresh capital increase of the Technique Solaire Group for a cumulative amount of €25 million.

This operation should enable the Group to achieve 1 GWp operational portfolio at the end of 2024. This capital raising comes barely two months after the €111 million senior debt issue announced in May 2020.

The TECHNIQUE SOLAIRE Group, led by the holding company JLT INVEST, has concluded a capital raising of a total amount of 25 M€. This operation confirms the change of scale that the company is currently undergoing. At the same time, the company reaffirms its independence.The 3 founders (Julien Fleury, Lionel Themine and Thomas de Moussac) and the employees retain a large majority shareholding of the Group.

As a producer of renewable energies in France and abroad (India in particular), mainly photovoltaic solar energy but also biomethane, the Group controls the development, financing, construction and operation of production plants.

After a first round of capital increase in 2017, and in a context where goals were achieved a year ahead of schedule, the historical investors Bpifrance, via its fund dedicated to the energy and ecological transition (FIEE), and Crédit Agricole de la Touraine et du Poitou (advised by Crédit Agricole Régions Investissement and supported during this new operation by IDIA Capital Investissement), renewed their confidence in the Group to enable it to finance its development until the end of 2024.

“This operation validates Technique Solaire’s strategy of being a truly independent renewable energy producer in France and abroad. We will thus participate in achieving the ambitious objectives of the Programmation Pluriannuelle de l’Energie (PPE) by producing renewable, low-carbon, competitive and local energy. Indeed, we will continue to support farms and local authorities in these territorial projects,” says Thomas de Moussac, co-founder.

Technique Solaire’s ambition is to have 1 GWp of photovoltaic solar power plants in operation by 2024. “We currently have 170 MWp in operation and under construction (29 MWp in India and 141 MWp in France),” says Julien Fleury, co-founder.

With its subsidiary Technique Biogaz, the Group’s goal is to operate 18 MW of biogas plants by the end of 2024. It currently operates just under 1 MW, via the Celles-sur-Belle methanisation unit commissioned in September 2019.

In order to achieve its objectives, the Group will have to:

“We mainly want to develop through organic growth, but we will also have the means to seize external growth opportunities, in particular through the acquisition of projects to be built or in operation in France and abroad,” adds Julien Fleury, co-founder.

To finance its projects, the group will have to raise €830 million in financing of various kinds.

The Technique Solaire Group confirms its desire to remain independent

Thanks to this operation, the Technique Solaire Group ensures its independence. The three founders (who remain largely in the majority) wanted to re-engage with their historical institutional shareholders.

“We are delighted to continue the adventure which began in 2017 with Bpifrance and the Crédit Agricole Group. We have established a relationship based on trust and we share the desire to invest for the long term. This is a strong strategic choice, the aim of which is to retain control of the Group, while giving us the financial resources to achieve our growth objectives,” concludes Lionel Themine, co-founder.

“Bpifrance confirms its commitment and confidence in the Technique Solaire Group, which has become a key player in the solar energy market in recent years. We are very proud to be able to lead this new financing operation alongside quality, close-knit and highly complementary managers who have been able to drive this remarkable growth“, says Samia Ben Jemaa, Investment Director at Bpifrance.

“This new operation marks Bpifrance’s renewed support for this SME, whose investment in 2017 was FIEE’s first investment, and has thus contributed to the success of this fund dedicated to the Energy and Ecological Transition,” adds Jacques Solleau, Director of Bpifrance’s Sector Funds.

“With environmental and societal challenges reinforced by the crisis we have just experienced, the RE sector in general and the photovoltaic sector in particular is set to continue its strong development. In this buoyant segment, the Technique Solaire Group, which controls the entire value chain, has demonstrated all its qualities and is now one of the leading independent operators in the sector. In addition to their core business (rooftop photovoltaic power plants), the group’s managers have also built the growth drivers of tomorrow, with the deployment of ground-mounted power plants in France and abroad. As a partner for more than 10 years, we are pleased with Crédit Agricole Régions Investissement and IDIA Capital Investissement to continue supporting this ambitious Group,” emphasises Christèle Reviron, Business Engineer Haut de Bilan at Crédit Agricole de la Touraine et du Poitou.

The TECHNIQUE SOLAIRE advisers on this operation:

Created in 2008, Technique Solaire Group specializes in the development, financing, construction and operation of renewable energy production units (solar and methanization) in France and internationally. With nearly 80 employees, the group has 61 subsidiaries grouped together under the holding JLT Invest, including 55 project companies. The main subsidiaries are: Techniques Solaire, Techniques Solaire Prestations, Technique Biogaz and JLTM Energy.

Bpifrance’s equity investments are made by Bpifrance Investissement.  Bpifrance finances companies – at every stage of their development – in credit, guarantees and equity.  Bpifrance supports them in their innovation projects and internationally. Bpifrance also ensures their export activity through a wide range of products. Consulting, university, networking and acceleration programs for start-ups, SMEs and ETIs are also part of the offer proposed to entrepreneurs.

Thanks to Bpifrance and its 50 regional offices, entrepreneurs benefit from a close, unique and efficient contact to help them face their challenges.

Crédit Agricole de la Touraine et du Poitou is a cooperative and mutual bank with almost one in two inhabitants, and is a committed player in its region, working alongside its customers, members and all economic players. As the leading financier of the green economy, it is aware of its role in the energy transition and is increasing the number of initiatives, offers and solutions for customers to develop renewable energy production in the region. At the end of its #TEAM 2021 Medium-Term Plan, it plans to triple its original or financed outstandings to reach a figure of €750 million.