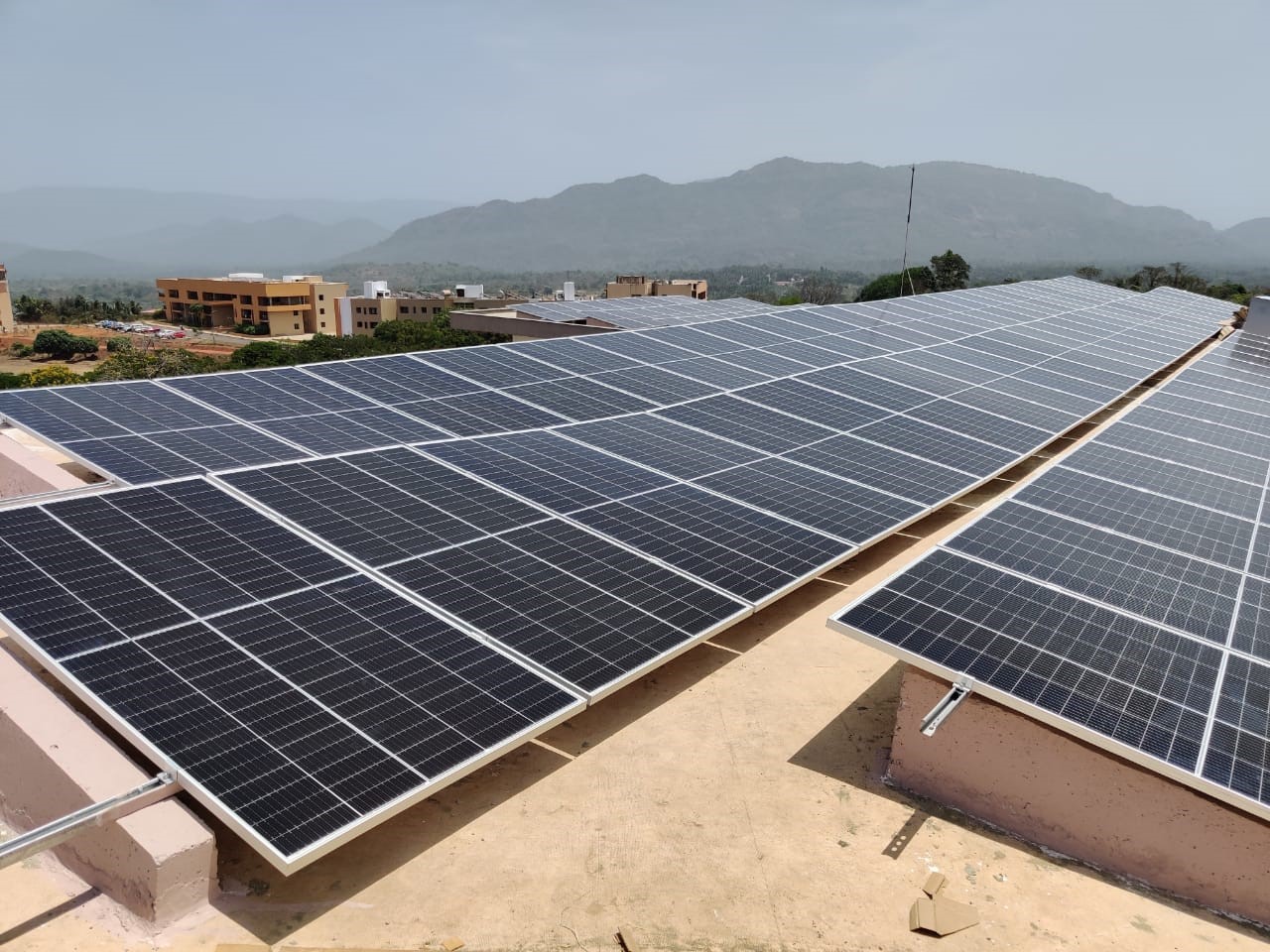 On April 1st, 2021, JLTM Energy India Pvt Ltd (JLTM), the Indian subsidiary of the Technique Solaire Group in France, commissioned part of its 675 kW AC rooftop solar PV plant installed at the Goa Institute of Management (GIM) campus in Sanquelim, Poriem, Goa. This project is one of the first solar projects in North Goa.

This project was built after signing a private Power Purchase Agreement (PPA) with GIM, on October 23rd 2020, for a period of 25 years at an electricity price significantly lower than the rate charged by the government to private owned business schools.

The contract requires GIM to purchase all the energy produced by the solar panels on the roof of its building. This agreement will also allow GIM to feed unused excess energy into the grid.

All construction as well as operation and maintenance of the solar plant are performed by JLTM, which guarantees a minimum production.

The Goa government and the Minister of Energy supported the project in a very positive way by giving prompt approval which led to quick & smooth execution of the project.

The solar power plant was inaugurated on April 3rd, 2021 by the Minister of Energy of the Goa government.

“We are very excited to commission our first private PPA based project in India which also happens to be our first rooftop project in India. A lot of time was spent on the planning of this project but the execution was done very fast. There were multiple challenges because of distributed roofs & to maintain the aesthetics of the beautiful GIM campus but the support from the Goa Institute of Management & Goa Electricity Department was exemplary. This project reaffirms Technique Solaire’s commitment to the Indian solar sector”, explains Manu Bishnoi, Director of Technique Solaire India (JLTM).

India has a target of 220 GW of green energy capacity by the end of 2022. Government initiatives to promote solar energy development are numerous. In the state of Goa, more than 90% of rooftop solar installations are under the net metering scheme, which allows the consumer to feed the surplus electricity generated by the solar plant into the grid and get an equivalent amount on his bill.

The Technique Solaire group is a French independent producer of renewable energy. Created in 2008, It specializes in the development, financing, construction and operation of renewable energy production units (solar and methanization) in France and internationally. With more than 100 employees, the group has 117 subsidiaries grouped together under the holding JLT Invest, including 95 project companies. The main subsidiaires are: Techniques Solaire, Techniques Solaire Prestations, Technique Biogaz and JLTM Energy.